I’m forever in awe of the artisan vendors who feature on the BoroughBox marketplace. Not only do they risk their capital when they first get started, but they also make substantial personal sacrifices to dedicate the long hours that every fledgeling business needs.

The owner of today’s Vendor Spotlight is the epitome of such entrepreneurial spirit. She’s given up a career. She’s moved back in with her parents. She’s left her friends behind. And all so she can follow her dream and bring you “the chocolate you can eat every day.”

Let me introduce you to Wajeeha Hussein, the owner of Chocolateeha.

“It all started when I was a small child” explains Wajeeha, “I wasn’t just a fan of chocolate, I was obsessed with it.”

As she grew into her teens, Wajeeha fell victim to her obsession, and she ate more and more chocolate. But, she was soon forced to abandon her love of chocolate altogether, in favour of good health and clear skin.

“My binge eating led to massive weight gain, and I had horrible acne. I ended up thinking of chocolate as something bad and stopped eating it.”

After University, Wajeeha spent eight years working in the automotive industry. She travelled all over Europe, in executive luxury, from her London headquarters. But even though she was paid handsomely she always felt unfulfilled. She was never truly happy.

She returned to the idea of chocolate. Somehow her obsession was still there. But this time she knew what she wanted to achieve. She wanted to create chocolate she could eat every single day.

“I decided I had to live my life the way I wanted to. I had to stop living to someone else’s expectations. I had to do what I wanted to do.”

And so she went right ahead and handed in her notice. Knowing she’d need every penny, she asked her parents if she could move back to Newcastle. It would be less expensive than London – both for her business and everyday living expenses.

Fast forward a year and Chocolateeha is going places – and deservedly so.

Each bar of chocolate is not only a spine-tingling cascade of rich chocolate flavour depth, but is also far healthier than any regular chocolate bar. And that’s because Wajeeha has perfected her recipes without any refined sugars, and without any additives. She’s also had each bar tested for antioxidant levels, and proudly displays the ABEL-RAC score of each, as the figures are off the charts.

They’re vegan, organic, dairy free, halal and low glycaemic. The bars really are “the chocolate you can eat every day”.

The quality and taste of her products hasn’t gone unnoticed either. Besides the ever-growing fan base, she’s been picked up to feature on Tom Kerridge’s new artisan food program, coming in the next few weeks on BBC2. And that kind of coverage just doesn’t happen unless the product is top in class.

If you’re a chocolate lover, you must go ahead and try out the Chocolateeha range. Grab a bar or two of each and indulge. Not only will you fall in love, but you’ll also be supporting a genuinely inspirational, up-and-coming artisan star. 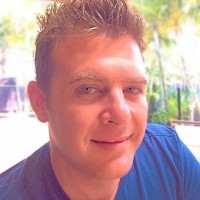