Fact 1 – OK… this one isn’t really a fact that we’ll actually count… but it’s a fact all the same. It is British Sausage Week this week.  Handily scheduled to coincide with Guy Fawkes night, roaring bonfires and standing outside needing a hot dog to warm up… I like what they’ve done there 😉

Anyway, to celebrate British Sausage Week we’ve pulled together ten of our all time favourite sausage facts for your enjoyment… so let’s kick them off…

At number 1, did you know that the humble snag is over 5,000 years old? They date back to the Sumerians who were rocking the planet back in the old days!

Number 2.  Do you know why a sausage is called a banger?  You will now… in World War Two, owing to the lack of ingredients there were kicking about the humble sausage developed a much higher water content which meant that when they were cooked up, the water became steam and that caused the sausages to bang and pop!

At number 3, the distinctive links that you now find in sausages… these came about in the reign of King Charles 1st.

Our fourth cracking fact is an expensive one… did you know that the most expensive sausages ever were comprised of Fillet steak, Champagne and Truffles!! They cost over £20 a pack… far more expensive than our delicious Galloway Beef sausages from Cumbrian Speciality Meats that you can find here!

Fact 6: There are over 470 different flavours of sausages available throughout the UK!!

Fact 8: You wanna know more sausage stuff?  Get yourself to the Sausage Academy in Neumarkt, Germany.  It’s actually a sausage university… just a university of sausages. AMAZEBALLS!!

Slowing it down now we have fact number 9 and this one is a beauty… the record for the longest sausage ever made is 59.14 KILOMETERS long… that is OVER 36 MILES!?!? Boom!

…and your final, fact of the day number 10… Sausages are good for you.  Sausages are an excellent source of protein, containing all the essential amino acids necessary for growth, maintenance and repair of body tissue.

So load them up people!  Get those bangers in the pan… the snags on the barbi… the pork on the fork. 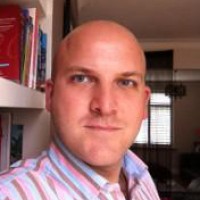