The Great British Bake Off is about to hit our screens again (24 August, put it in your diaries!), and who doesn’t always feel inspired by Mary, Paul and the contestants to go on their own quest to creating a scrumptious showstopper? But if the fear of soggy bottoms gets the better of you, rather than attempting to create something entirely from scratch, a simpler baking adventure might be more suitable to get into the swing of things.

BoroughBox gave me the opportunity to do just that by letting me try out a gluten free bread mix from one of their producers; Rana’s Artisan Bakery. Full disclosure: I’m not gluten intolerant and so I don’t normally eat gluten free bread. However, I thought that was kind of perfect because as an avid lover and eater of bread, that meant I could put the gluten free variety to the ultimate taste test.

Rana’s Artisan Bakery produces a range of different gluten free bread mixes, and the one I tried out was the Italian variety, described as a “mild, thin crusted flavoured bread, free from gluten, dairy, eggs, nuts and soya”. The reason Rana’s mixes are gluten free is because she was diagnosed with Coeliac disease herself a few years ago and so her mission for a fresh, crusty bread she was able to eat began. Unable to find it, she teamed up with a friend to create her own.

Making a freshly baked bread from this mix couldn’t have been easier. It just required adding water into the dry mixture, stirring it around, letting it proof for 60 minutes in the bag handily provided with the mix, and baking it for another 90 minutes in the oven. Where it said to dust the loaf before proofing with flour/seeds I did add some pumpkin and sunflower seeds that weren’t included, but I had ready in the cupboard. After all, who doesn’t love a seedy crust?

Despite the super easy instructions, my first attempt at making a loaf with this mix was lukewarm. It came out of the oven beautifully and smelled divine, but it was more squashed looking than I believe it was intended, making the texture inside dense and the crust quite hard. The instructions state that best results are from a non-fan oven, whereas mine is a fan one and I think I should’ve perhaps taking it out a little earlier. You live and learn, and I’m sure my next attempt will be more successful.

The taste of the bread was good, especially when it had just come out of the oven, and I couldn’t distinguish it from a bread that isn’t gluten-free. I also froze a few slices and they came out very well, so if you’d like to make multiple batches at once for time management, you can stock up by freezing the bread that doesn’t get gobbled up as soon as it comes out of the oven!

Take a look at the full range from Rana’s Artisan Bakery here. 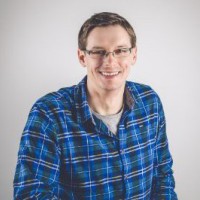